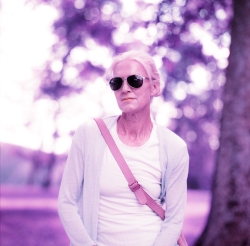 Cecilia Schultz: an artist’s journey to find herself.

Artist Cecilia Schultz was born and raised in Stockholm, Sweden. She always had a creative eye and when she came to New York City at 18 years old she put that to good use.

“I just fell in love with New York,” Schultz said. “I did a bit of back and forth, finishing university in Stockholm and then started working in advertising in New York City as a photo stylist and photographer and thought I’d never leave New York.”

But when she met her husband to be in New York—who was living in Tokyo at that time—she took the plunge and moved there with him. They moved back to the United States and lived in Florida while their boys were growing up.

“I had always painted, but when we started having a family, it went on the back burner,” she said. “Me being Swedish and my husband being from Philadelphia, we started to miss the seasons. Florida was beautiful, especially when the kids were small. I just wanted a little more sort of old culture. So, we decided to take a leap of faith and move to Virginia when the boys were in high school.”