Wingard, a PhD candidate in Biophysics at the University of Virginia, possesses the dual distinction of being published both as scientist and designer. Her ability to see metaphor in almost any event, coupled with her investigation of structures at the molecular level, has generated a rare depth of vision from the contemplation of relationships and symmetries from the atomic to the macro worlds. Her unique perspective challenges our ordinary ways of perceiving and assembling meaning, often expressing itself in a comfortable ambiguity of forms. She has lived in Chicago, Baltimore, Charleston, and Washington, D.C., among other cities, but always with a pen close at hand. She currently makes her home in a small Virginia town with a rescue dog, Rhys.

Though a scientist by training, Jennifer calls herself an artist at heart. “I have always seen patterns and connections between things, sometimes in the most unexpected places. This ability to see patterns enables me to be a better scientist and attracts me to certain objects as an artist.”

Jennifer is a former first place winner of the Baltimore Zoo & Aquarium Art Contest for which she received a scholarship to the Maryland Institute of Art, the recipient of an award for excellence in editorial layout design, has done volunteer graphic design work for multiple community organizations, and has participated in collaborative projects with the VABC (Virginia Arts of the Book Center).

“We do not truly see objects; rather, we see the light which bounces off of them. The technique I used for Bending the Light involves the mirrors of a kaleidoscope, which in effect bend light even more. It’s interesting what happens when we bend light… in this case, it transforms a common everyday object into an objet d’art. By performing symmetry operations and repeating the image, the combination becomes something new. Reality becomes distorted, and in its distortion, becomes familiar once again as we assign meaning. It rather reflects a basic philosophy of mine: that although we are all made up of the same stuff chemistry-wise, our unique configuration gives us an existence unlike any other; we remain intrinsically connected to every molecule and every event that has brought us into being.” 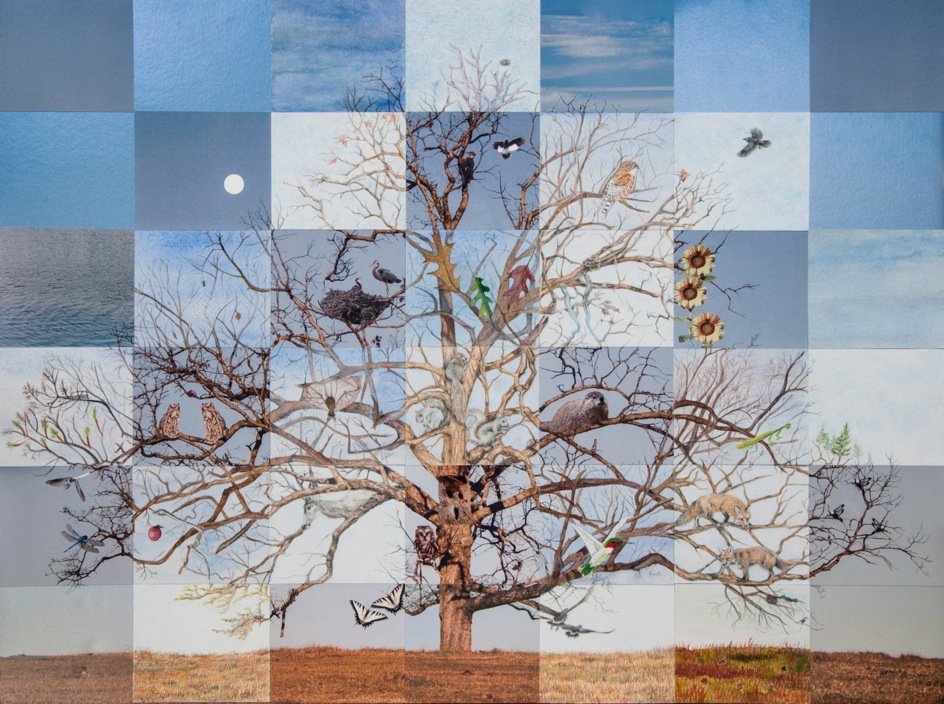 The world of art has great diversity derived from the individuals whose eye, talent, and skills project their own vision. At Firnew Farm Artists Circle, individuality is celebrated and encouraged, and growth and inventiveness are openly shared. As a test of creativity and collaboration, three artists at Firnew Farm decided to incorporate their different techniques into three original prices of art. The unlikely TRIO of a colored pencil artist, a watercolorist, and a photographer each contributed a work that served as a foundation for one piece, and the other two added to it. As each artist added to the creation, she gave up ownership, recognizing that the art was now owned by the group, not the individual. The spirit of artistic movement is the exploration of new ideas. There is no end to the possibilities.