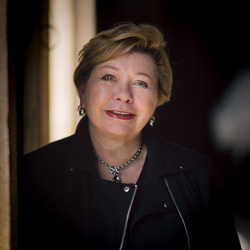 Growing up in the foothills of the Blue Ridge Mountains near Charlottesville, Virginia, Gail began painting at the age of eight.  She quickly expanded on her creativity and attended classes at the Holden School of Art in Ivy, Virginia.  Later, while living in New York City, Gail attended classes at the Academy of Fine Arts and Design.  Her focus includes the shapes, lighting, and shadows that nature offers, as well as nature’s beautiful imperfections.  She has painted produce and scenery ranging from the forest and farms of Virginia, Pennsylvania, and New York, to the monasteries of Italy.

Gail’s creativity can be seen in everything from professional decorating, theatrical set design and painting. She decorated the sets of the daytime Emmy Award Winning television show “Good Morning America” for the Christmas holidays during the 1980s. Her art work has been displayed at the Moran Gallery, Firnew Farm Gallery, and Baker Gallery at Woodbury Forest in Virginia.  She has also participated in numerous art shows including the Lime Valley Mill Thanksgiving Show in Lancaster, Pennsylvania. 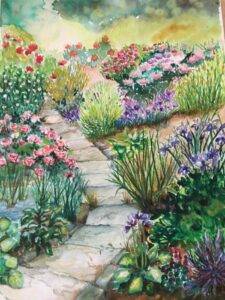 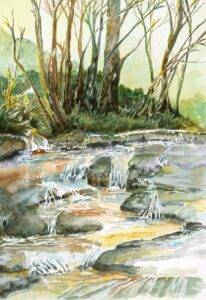 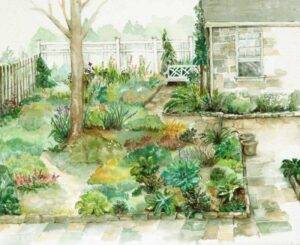